BMW of Wilmington
CALL US FIND US

at BMW of Wilmington

Join the company that Automotive News named #1
in their 2015 “100 Best Dealerships To Work For” issue.

Baker Motor Company has been named one of “Automotive News 100 Best Dealerships to Work For” in 2015. We are the only dealership in Charleston to receive this award for three consecutive years (2013-2015) and the only dealer in South Carolina to receive this award in 2013 and 2014. Automotive News released an alphabetical list naming all 100 dealerships on Monday, July 20, 2015.

This is the third consecutive year that Baker Motor Company has received this title. The dealership ranked #4 in 2014 (and was also the #1 “large dealership’) and #23 in 2013.

This list identifies dealerships in the UNITED STATES and Canada that have excelled in creating quality workplaces for their employees. In a letter to Baker Motor Company, Automotive News stated, “this was a tremendously competitive year with a record number of participants, so being named to the list is an important distinction.”

Baker Motor Company employees completed a detailed “Employee Engagement & Satisfaction” survey earlier this year that focused on 8 Core Focus Areas: Leadership and Planning, Corporate Culture and Communications, Role Satisfaction, Work Environment, Relationship with Supervisor, Training, Development and Resources, Pay and Benefits, and Overall Engagement. Baker Motor Company was identified as one of the top 100 performing dealers based on the results of the surveys.

Mr. Baker said, “I’m humbled and flattered that our employees have ranked us in the top 100 dealerships for the third straight year. It pleases me when they give us a resounding report. We are continually focused on each employee’s success and professional growth. We’ve created an environment that facilitates wellness, education, career advancement, community involvement and comradery for all team members.”

23rd among all dealerships

Baker Motor Company is concerned with more than moving inventory; we’re committed to your success and invested in your future. We provide the opportunities, resources, and support you need to grow and develop professionally. 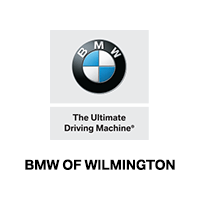